Why are People Moving to De-alcoholized Wine? 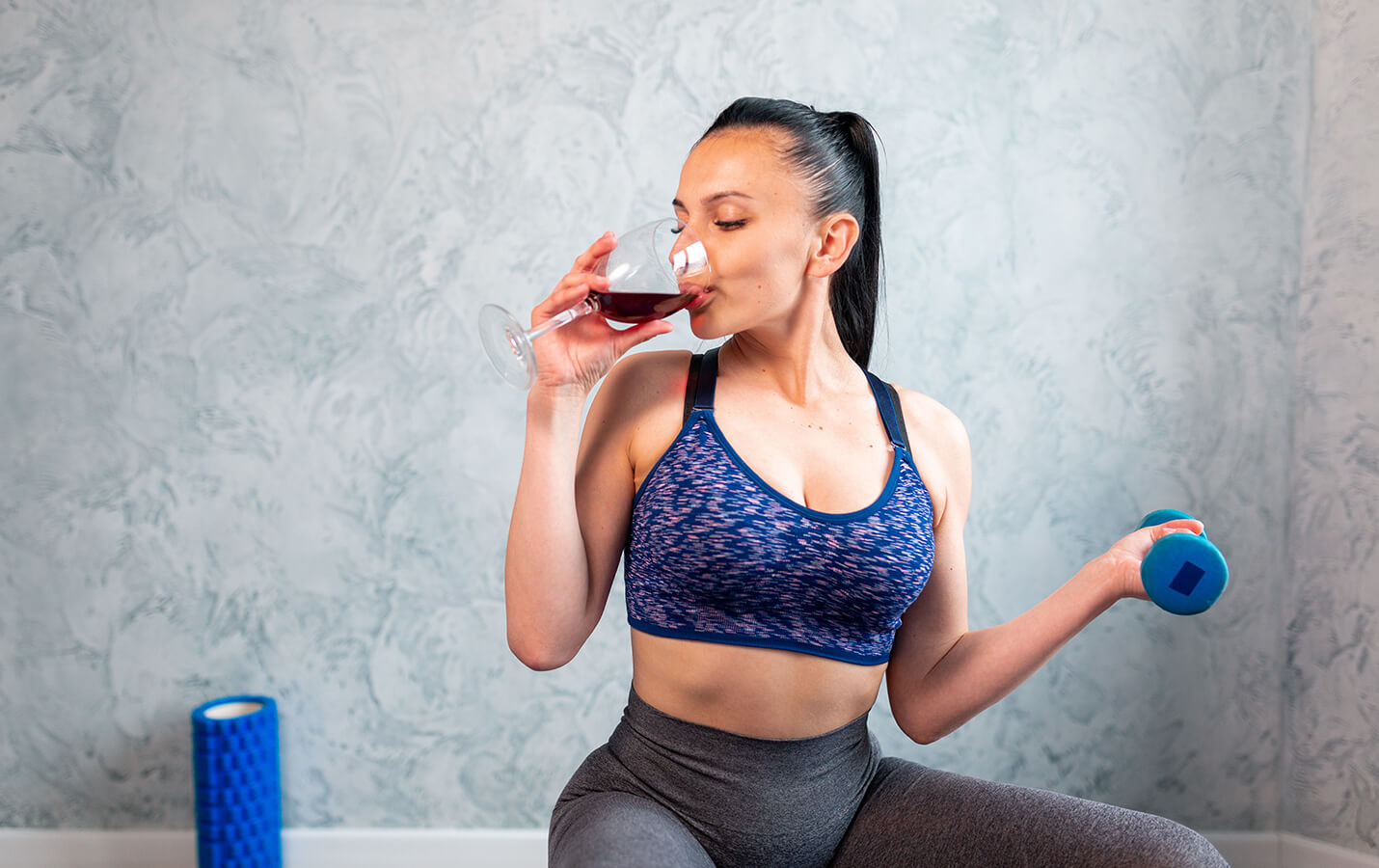 People are concerned about their heath and careful with what they are consuming. Consumer behaviour is continuing to change based on a desire for overall wellness. Loxton wines fit well into this trend as they are 99.6% alcohol free and have 1/3 calories of regular wine. The Canadian Cancer Society recommends no or minimal alcohol usage.

The new sober curious movement is a significant part of the wellness trend. The demand for great tasting de-alcoholized wines keeps growing. Loxton has developed an excellent selection of wines to be enjoyed on their own or with a variety of foods. We are continuing to cater to consumers exploring healthier lifestyles. 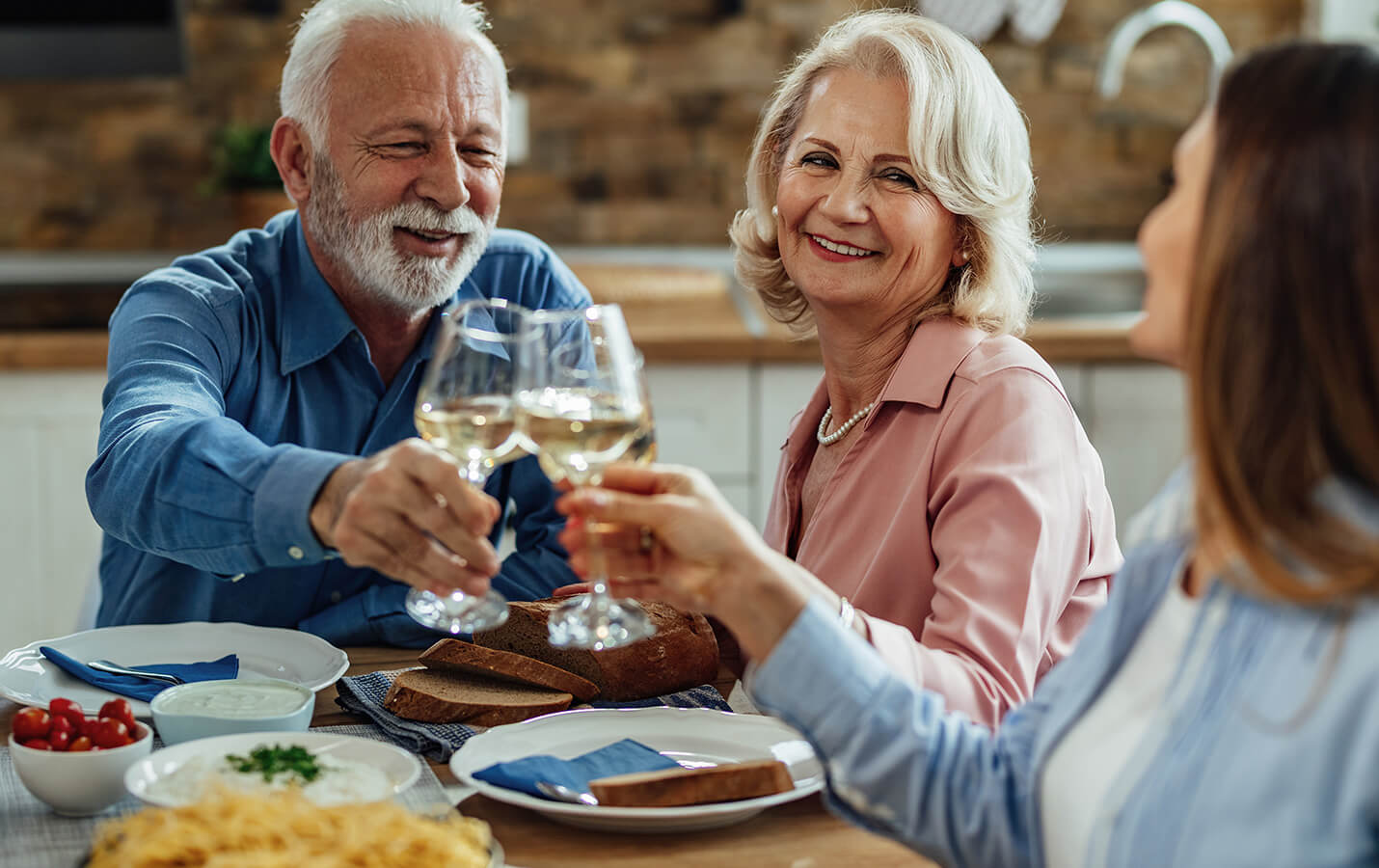 Inclusivity and social responsibility are both important movements. Having de-alcoholized beverages available at social occasions allows everyone to take part in celebrations. Loxton wines offer excellent de-alcoholized alternatives to enjoy with meals and on their own. With Loxton wines, everyone can celebrate responsibly.

It was 1986. Linda was pregnant and, like other people, we tried the one or two alternative beverages available in stores at the time. We remember sitting in a restaurant one evening. The waiter stopped by the table and asked if we would like a drink. We explained that because one of us was expecting, we wouldn’t be drinking alcohol. Before we knew it, the wine glasses were off the table and that was the last time we saw our waiter until the food arrived.

We tried the only de-alcoholized wine on the market at that time, 1986, and it wasn’t very good. We thought, well, maybe there is a market for de-alc wine because there had to be other people like us. We can't be the only ones wanting premium wines without the alcohol content.

We decided to search the world for the best tasting de-alcoholized wine that we could sell to retailers. We were getting tired of drinking sparkling apple cider! We longed for variety and a little more sophistication.

We sat down at the kitchen table and composed a letter to several dozen wineries, looking for a producer of de-alcoholized wine that would meet or exceed our standards. We received only a couple of replies. We asked for samples from each of them and were impressed with one of the wineries, in Australia.

Now it was 1988. We communicated with the winery, managed to form a relationship and received several cases of samples. We were so convinced that we suggested to the winery that they should produce a line of de-alcoholized wines for us up here in Canada.

We made presentations to grocery stores and they liked what we had. We obtained listings at several major grocery chains. We incorporated in 1989. Our first container arrived in June 1989! Hurray!

It took a while but in mid 1991 the BCLDB decided to list our Loxton Wines. This was a first for a provincial liquor jurisdiction in Canada.

We were in business.

Featured Review: James Romanov from the Saskatoon Star Phoenix
Helen Ann
"You have a real winner with the Loxton brand!... it is wonderful that you don't have to sacrifice on taste and quality when you choose the no alcohol wines from Loxton Wines."
Christine
"Can you tell me what stores in Calgary sell your sparkling brut? It is by far the best I’ve had!"
Dan
"I would like to thank you for a tasty alternative to wines containing alcohol. I haven’t drank for over 10 years, but I love the social aspect of having a glass of wine with my wife and fr"iends.
Sharie
"For health reasons, I’ve given up alcohol, and the Loxton wines are the best substitute I’ve found so far."
Karie
"Recently, I discovered these amazing (Loxton) wines in one of my local grocery stores."

Don't feel tricked, Temperance wine can be a treat!

This summer, I found I actually liked some of the non-alcoholic beers available, usually those from Bavarian brewers.

I therefore set out to revisit de-alk wine. De-alk beer, once you get past the basic Canadian and American offerings, tastes pretty good. But my long ago experiments with de-alk wine made me suspicious they weren’t worth bothering with. But times change. How does the current crop of de-alk wines hold up?

De-alking is not a crazy idea. In the past, most of the de-alk wines tasted rather more like fruit juice in fancier packaging, but de-alking technology has come a long way and is in fact a regular part of winemaking these days (usually employed in hot regions like the Central Valley and the Okanagan to restore balance.) The most popular methods are reverse osmosis (R.O.) and spinning cone separation via centrifugal force.

Loxton brand wines are widely distributed in Western Canada. They’re an Australian company that has been on the market here for more than 25 years, and have a wide lineup of near-wines that typically mimic the popularity of what’s in the liquor stores. I tried four of their wines with some success.

The biggest surprise and greatest success was Loxton Brut, a sparkling wine. As something of a Champagne snob, I didn’t expect much. The wine had strong pear and apple aromas and flavours. However, the tongue-scrubbing bubbles of the drink work. Both Sairey and I think you could serve this to any number of consumers and they wouldn’t notice the substitution of Loxton Brut over most Prosecco or sparkling wine. The bead is finer and lasts longer than many Proseccos popular today. If I had a non-drinking guest, I’d offer them this one first.

Another solid choice would be the Loxton Moscato, a rose. This probably will suit most long-term non-drinkers best. Moscato, in the current Australian version, is extremely sweet, often as sweet or sweeter than a cola. The Loxton Moscato isn’t quite that sweet, and it does have some of those pleasant aromatics that make wines from the Muscat grapes such excellent drinks. I have a hard time imagining anyone who will turn this one down.

The Semillon-Chardonnay from Loxton is another quite easy-drinking near-wine. There’s some mineral in the bouquet, and the Semillon seems dominant to me. The texture is more apparently not-wine to me than in either the Brut or Moscato. However, I can see myself buying and enjoying this bottle occasionally. It isn’t calorie-free but it is very low — all of the Loxton lineup come in at 33 per 150 mls. I found I preferred drinking it at room temperature. It has a pleasantly tart flavour that fills a gap that sodas or other carbonated beverages do not.

The only near-failure I’d point to in the Loxton lineup is their Cabernet Sauvignon. Before I condemn it, I have to add that this is without a doubt the best de-alk red I’ve ever had. The problem is that the complexity of good red wine, or even mediocre red wine, is enough that somehow my palate feels hurt about this glassful. It’s as if it came sooooo close only to fail just before the finish line.

Regardless, if you’re looking for alternatives to the overly sweet palate found on grocery (and too many liquor store aisle) shelves, these are drinks worth trying. You can find their wines in Safeway/Sobey’s and occasionally in liquor stores.